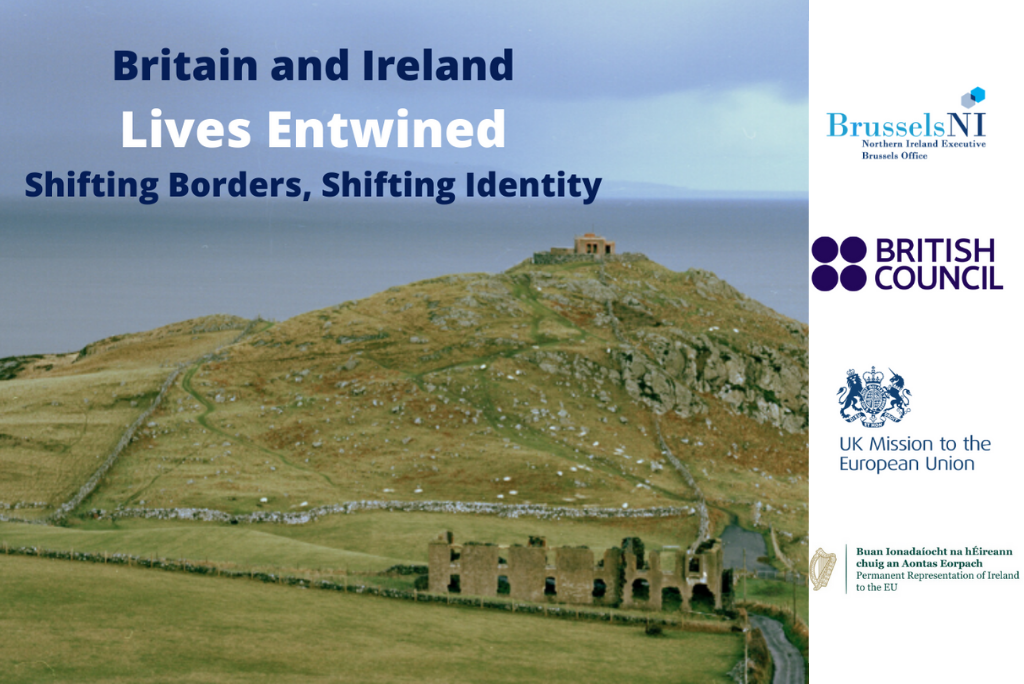 The Office of the Northern Ireland Executive in Brussels and the British Council, in collaboration with the UK Mission to the EU and the Permanent Representation of Ireland to the EU hosted an  online event ‘Lives Entwined: Shifting Borders, Shifting Identity’ on Tuesday 24 November at 14:00-15:00 CET.

This digital event was opened by Lynsey Moore, Director of the Office of the Northern Ireland Executive in Brussels and welcomed the large audience from across Europe to the event. Sir Ciarán Devane, Chief Executive of the British Council, introduced the Lives Entwined Series and Eamonn Mac Aodha, Permanent Representation of Ireland to the EU and Rory O’Donnell, UK Mission to the EU provided their reflections on the publication and on the closely entwined relationships between people across Britain and Ireland.

Northern Ireland authors Ian Marshall and Susan McKay who contributed to the fifth volume of the Britain & Ireland: Lives Entwined series read extracts from their essays. Ian Marshall shared his thoughts on Northern Ireland’s ‘Relationships, Realities and Representation’ while Susan McKay read and discussed her piece entitled ‘Being more Lyra’ on the life and death of Northern Ireland journalist Lyra McKee. The readings were followed by a panel discussion and lively Q&A session.

‘Britain & Ireland: Lives Entwined’ is a fifth-volume series of essays exploring the complex web of relations that exist between Britain and Ireland. The latest edition, ‘Shifting Borders, Shifting Identity’ is a collection of 10 essays reflecting on the current context of change on the islands.

Watch the videos of Susan McKay and Ian Marshall reading from their essays here: