The COP26 summit ended this week with ‘the Glasgow Climate Pact’, finalising the rules of the Paris Agreement with the aim of limiting global warming to 1.5 degrees.

Northern Ireland was involved in a number of events over the course of COP26, promoting the amazing work that is taking place to help combat climate change with a range of stakeholders from business, local government and voluntary sectors present.

The opening ceremony was attended by First Minister Paul Givan and deputy First Minister Michelle O’Neill, where they took part in an engagement event hosted by Prime Minister Boris Johnson. The Ministers also spoke with world leaders and international representatives about working together to tackle climate change at the COP26 World Leaders Summit.

Infrastructure Minister Nicola Mallon attended COP26, where she signed the Glasgow Declaration on zero emission vehicles and launched the Living with Water Plan for Belfast.

During the conference a number of initiatives were announced by Ministers, including a new Electric Vehicle Infrastructure Taskforce for NI. The role of the group will be to consider EV Infrastructure in the context of the overarching principles of prioritising active travel (walking, wheeling and cycling) and public transport with the aim of decarbonising our transport system.  The working group will be collaborative and will comprise of key organisations who  playa role to play in this area. 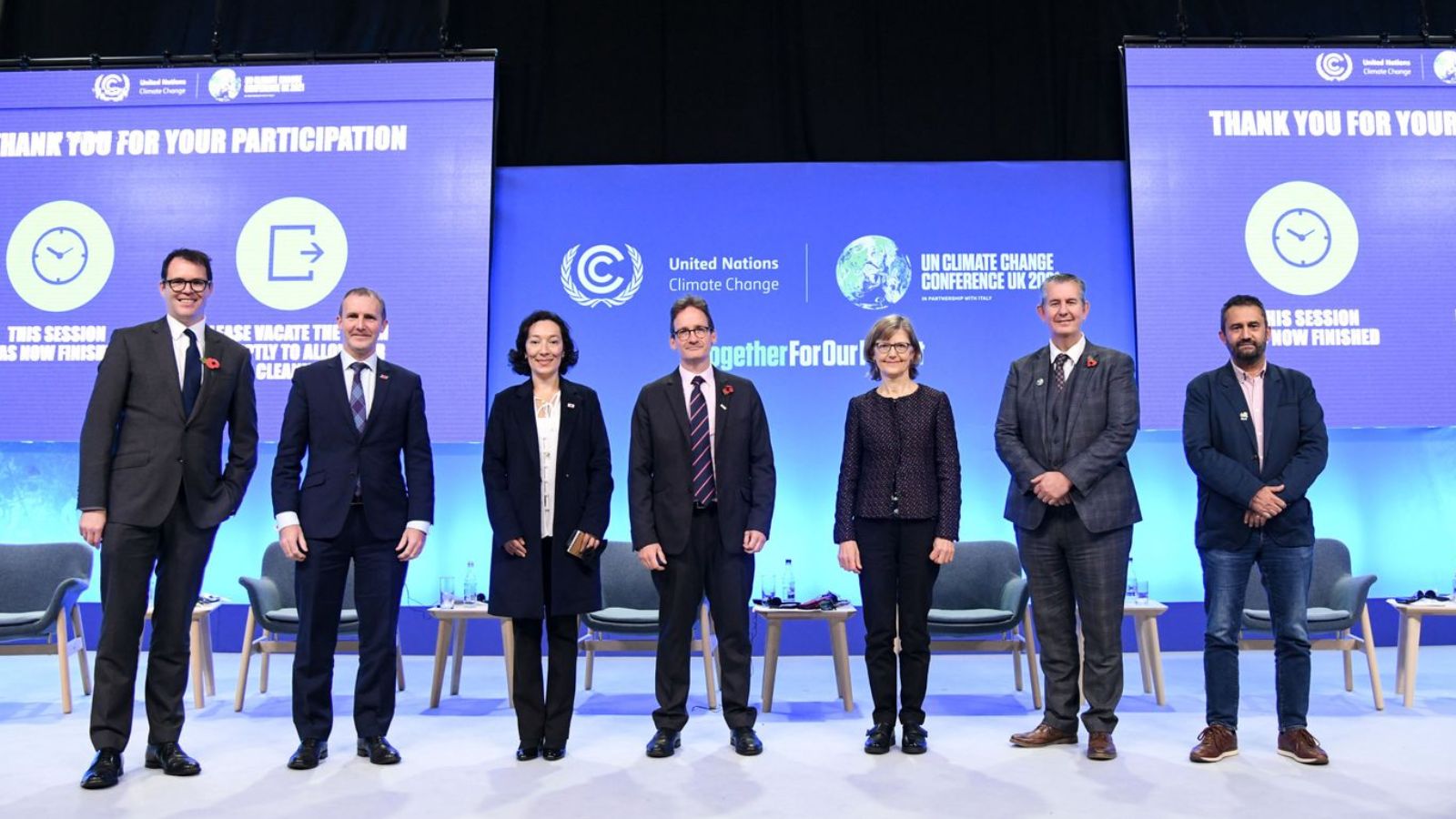 At the conference Minister Poots launched Northern Ireland’s new Environment Strategy and joined the Under2Coalition on behalf of NI.